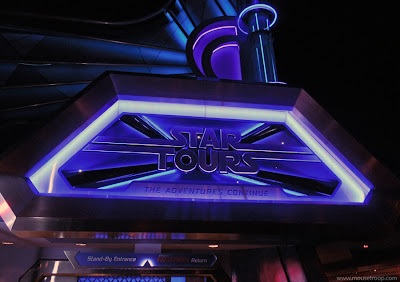 The purchase of Lucasfilm is one of the smartest, most logical moves Disney's ever made. It's perfect for both parties; George Lucas has found a stable home for his creations and Disney doesn't have to remake the Black Hole in another attempt to break into the sci-fi/fantasy genre.

George Lucas is one of the few artists fortunate enough to watch multiple generations enjoy his work. His younger fans never knew a world without home video and the internet, while his older audience remembers drive-in movies and double features.

For those too young to have seen Star Wars hit pop culture with a meteor-like smash of imagination, special effects and fun-for-the-sake-of-fun exuberance, there may be a few details about its impact they’re not aware of…moments many of us older fans might have forgotten. Here are just ten points I can remember. If you were there, does any of this bring back memories? 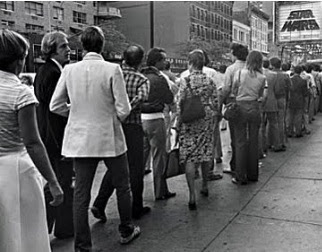 TEN THINGS TO REMEMBER ABOUT THE DEBUT OF STAR WARS

1. First week audiences--embracing the classic adventure vibe--gleefully booed and hissed Darth’s big entrance. This tradition began on Day 1, and I was right there booing and hissing along.

2. In an era of disco and electric guitar soundtracks, the swashbuckling orchestral score was considered a daring, innovative twist for a sci-fi film. The quick return of grand orchestrated movie themes to the mainstream is one of the many things we can thank Mr. Lucas (and John Williams) for. The soundtrack was released as a double LP--a rarity for a film with no songs.

3. The cantina parody of a Wild West saloon was revolutionary, and had the crowds roaring with loud, sustained laughter. Seriously, the audience exploded into hysterics every time. No one had ever seen anything like it. No one minded the cheap masks Mr. Lucas expressed concern over--We all just loved the joke.

4. R2 and 3P0, fresh to pop culture, were genuinely funny. 3PO's line about donating his parts to save R2 got big laughs. The media kept referring to them as a sci-fi rebirth of Laurel & Hardy. Again, no one had ever seen anything like it…well, except for those robots in Silent Running. And no one saw Silent Running.

5. For those old enough to have first seen the Imperial Star Destroyer make its entrance for the first time on a huge screen in Dolby Stereo…Best Theater Experience Ever. 3D is nothing compared to that moment.

6. The long lines to get in remained a part of the experience for weeks.

7. Even though Darth got away at the end, most folks didn’t imagine a sequel. After all, there was no “Episode IV” tacked on, and it had a real ending--an awesome ending.

8. The toys didn’t show up until nearly a year after the film’s opening. Movie merchandise wasn’t big business, yet. Even though I was in college, I sent away that Kenner Holiday I.O.U to receive the first four action figures. The first toys off the line were unimpressive, except for the X-Wing. That thing was perfect. But…remember the inflatable flashlight-based lightsabers that came with a patch kit?

9. Even back then, a lot of folks didn’t “get” it. And those of us who loved it couldn’t--for the life of us--understand how anyone couldn’t “get” it. (Me in my 18-year-old offended voice: “Boring? How can you possibly think that was boring? With the banthas? And the trench run? And when they…Augh! Did you even have your eyes open?”) I'm sure fans of the prequel trilogy feel the same way about me when I confess that the newer films leave me cold.

10. Luke’s line about the power converters elicited howls of laughter even on opening day…and still no one can really explain why.

I can't wait to see how Disney handles their upcoming Episode VII, but I think my favorite film of the series will always be that original fun-as-blazes masterpiece that hit screens in 1977. Without the aid of digital imagery, the film looked high-tech and charmingly hand-made at the same time. Lucas and his team created a wonderful universe with smoke-and-mirrors, a tight screenplay, brilliant use of models, stop-motion, matte paintings and genius editing. Due to time and budget, it was a little rough in spots...but that didn't matter: We gladly went along for the greatest ride in cinema history. That's the true magic of the original Star Wars.

The saga can now continue under the banner of my favorite entertainment company. I have a good feeling about this.
Posted by Rich T. at 12:52 AM