Welcome back to another plunge into the world of unusual, off-the-wall Disney recordings. These are all fun, top-notch tracks--sometimes historic, sometimes obscure, sometimes simply sung or performed in unexpected ways. All are on iTunes -- you just gotta know where to look! 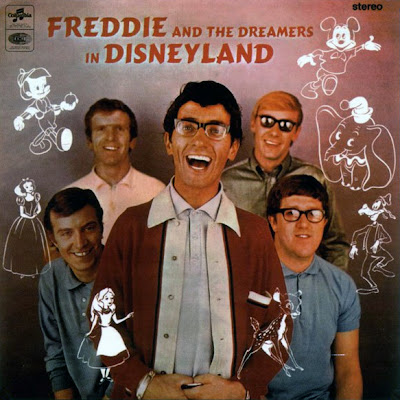 Track: THE UNBIRTHDAY SONG
Album: Freddie and the Dreamers in Disneyland

Oh, heck, yeah! Early-60's pop with zany humor and energy. If you like one track, you'll love the whole album -- a non-typical assortment including everything from The Ugly Bug Ball to The Ballad of Dick Turpin (from the rarely seen Disney film The Legend of Young Dick Turpin).

Track: THE AGE OF NOT BELIEVING
Album: So Far on 3 Wheels:Dodgy on the Radio

Here's a unique take on a Sherman Brothers classic! Dodgy was a terrific British Power-Pop group, and they gave this Oscar-nominated Bedknobs & Broomsticks song a rough-edged, small-club rock band twist. Here's what I like most about it: if you close your eyes, it's easy to imagine the four vultures from Jungle Book belting this out. 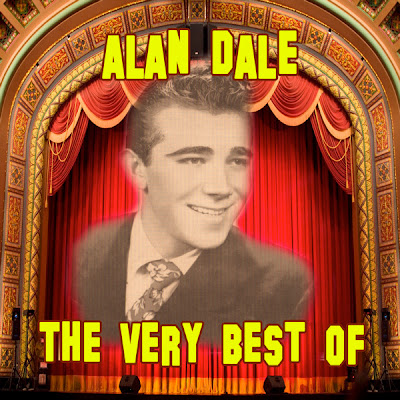 Baritone 50's crooner Dale gives the White Rabbit a gruff edge and adds an Italian accent that turns the piece into a truly fun character performance.

And, man, the guy deserves a better album cover. 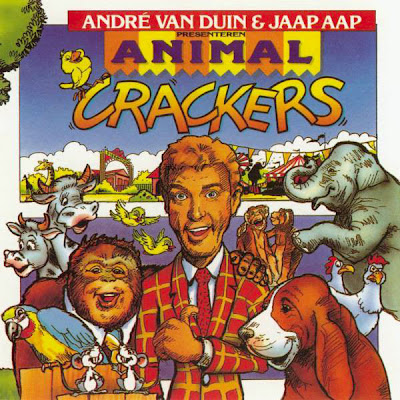 I don't mind a straightforward, easy-listening track on this list when it covers a seldom-performed great Disney song, and here British bandleader/arranger Ray Noble does a beautiful job on one of Disney's best hidden treasures.

"My Favorite Dream" is the Harp's wistful ballad from the Mickey & the Beanstalk half of the film Fun & Fancy Free. There's another track from the same film on this album: "My, What a Happy Day." It's not quite as good, but well worth adding to your Disney collection.

iTunes has this album classified as "New Age." Pffffff--really, iTunes?

Next, we have a soundtrack from a 90's Disney fantasy film most people have, sadly, never heard of. 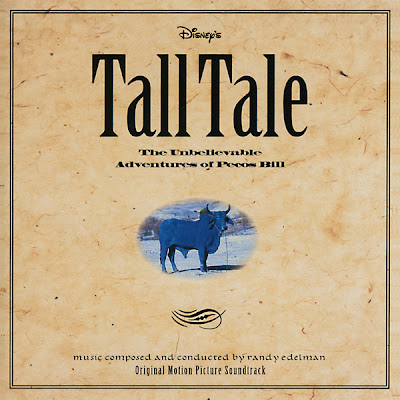 This story of a boy trying to save his father's farm with the aid of Pecos Bill, John Henry and Paul Bunyan (with Babe the Blue Ox) deserved a better fate at the box office. At any rate, Randy Edelman's terrific, sweeping score is available to enjoy, and if you're a film music fan, you should check out the beautiful opening theme.

I love each and every one of the above tracks, and highly recommend them for anyone looking beyond hit singles to fill out their Disney playlists. There's a lot more to be discovered on iTunes and Amazon. Mouse Troop will be highlighting more offbeat Disney music soon!
Posted by Rich T. at 1:17 AM