Why does Peter Pan's Flight Remain So Popular? 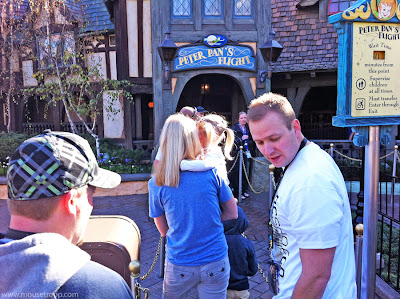 Year in, year out, the waiting line builds up immediately after the park gates open and remains packed until closing. If you've ever attended an early morning rope-drop at Disneyland, you know the choice everyone makes as they hurry down Main Street. Half the crowd peels off to the right for Star Tours and Space Mountain while everyone else heads straight to Peter Pan's Flight. 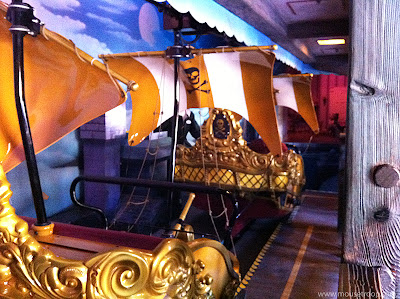 It's one of the park's unique joys -- walking quickly up through the ride's queue and seeing the line of flying pirate ships waiting for you. You get one ride, and by the time you disembark two minutes later, the line is already too long to make a second flight worth considering.


Of course, one of the reasons for Pan's perpetually long queue is the very, very low rider capacity of the attraction, resulting in one of the resort's slowest-moving lines. But this ride is a must-do for many guests, young and old, who hold the flight to Neverland near and dear to their hearts.

As simple and brief as the experience is, Peter Pan's Flight remains one of the most clever and beautifully realized attractions in any theme park on Earth. Long before the introduction of suspended roller coasters, these little ships have been soaring, swooping and diving above London and Neverland since 1955 in a perfect matching of story and ride system.

Most importantly, this ride captures the emotion and imaginative power of what--for many--remains one of their favorite early film memories. When you take that first turn and see the nursery window burst open...then fly out over the London rooftops as the music swells...well, even the amazing, high-tech Soarin' at DCA can't match that moment. In its simple, straightforward way, Peter Pan's Flight connects people to the limitless, optimistic dreams of their inner child -- And it does this almost effortlessly. People adore this ride because of that one brief moment of childhood it brings back, more powerfully than they expect. I wonder if the ride's creators had any notion of how well-loved this simple little adventure would remain fifty eight years later.