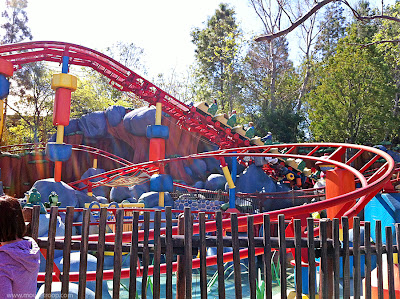 Gadget's Go Coaster appears to have been cobbled together from Tinker Toys, bottle caps and acorns. It's a cheerful, speedy little adventure based on a forgotten character many Disneyland guests are completely unfamiliar with: the ingenious, orphaned mouse whose engineering skills proved invaluable to a Detective Agency called Chip N' Dale's Rescue Rangers. 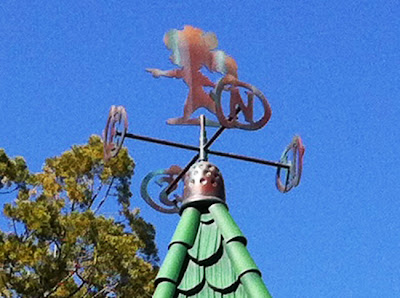 Back in the 1990's, most children and animation fans recognized Gadget Hackwrench from the adventure series, and she remains the only Disney television cartoon star to be awarded her very own ride. Today, Gadget's weather vane seems to sum up her current place in the public consciousness: she's a mysterious silhouette with a backstory few remember. 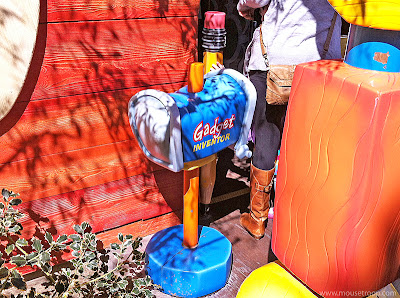 Still, as guests virtually shrink to rodent size and make their way toward Gadget's workshop, they encounter dozens of clever details reflecting the young inventor's resourcefulness. Her plucky spirit lives on, and -- who knows -- maybe someday Disney will bring her back to assist Chip n' Dale in a new adventure.

Along with Monterey Jack...and Zipper...to foil Fat Cat once again...