Holy Cheshire Cats, "Beyond the Laughing Sky" is on iTunes! Time for another edition of Strange Things -- Recordings of Disney tunes which are offbeat, rarely heard or performed in unexpected ways. All are available on iTunes and Amazon MP3.

This first one, a stealth release from Disney, is one fans have been waiting for since the days of laser disc! 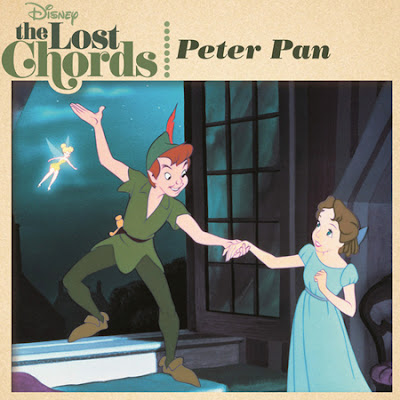 The Lost Chords are short albums highlighting songs which were not used in the Disney films they were written for. Past releases include songs from Cinderella, The Aristocats and The Rescuers. Each lets you hear the original demo version, followed by a new recording of the piece.

"Beyond the Laughing Sky", however, is a special song--one that forever links the production history of Alice in Wonderland and Peter Pan. If you watched the bonus material on the Alice in Wonderland laser disc or recent DVD releases, you probably know its history. The song was written for Alice, but not used. With a new set of lyrics, the song became "Second Star to the Right" in Peter Pan. Here's a music clip from the video releases, hosted by Kathryn Beaumont, the voice of both Alice and Wendy:

The new recording (by Vangie Gunn) on iTunes is beautiful. If you buy one Disney song this week, this is the one to get. Its history is strange, but its performance is wonderful.

Next up (we've got five picks today): Time for a classic 20,000 Leagues song as sung by a bunch of scallawags... 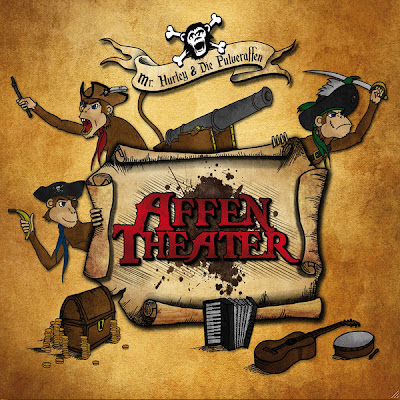 I'd never heard of these guys until today: now I'm a fan. It's gravelly, aaaargh pirate music done right. Check them out peforming Whale of a Tale live:

Wouldn't you love to see these guys perform in the parks?

For this next one...please ignore the generic-looking album cover.... 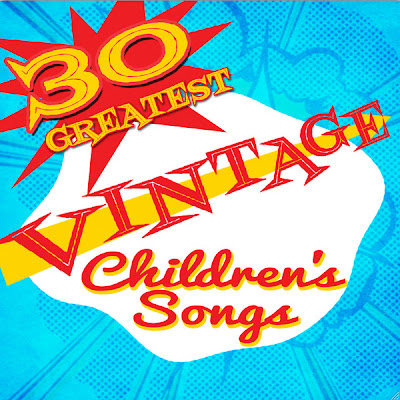 How to describe this amazing track...It's like elevator music in a fever dream where Spike Jones conducts Mickey's orchestra from The Band Concert just as the tornado strikes. Seriously, if those references make any sense to you at all, download this thing immediately. You'd almost think you were listening to an easy-listening 101 Strings album, until it just...goes...NUTS! I'm on a quest to find out more about the work of Klein and Ramin...

And now a great collection of classics from a current soap-opera star... 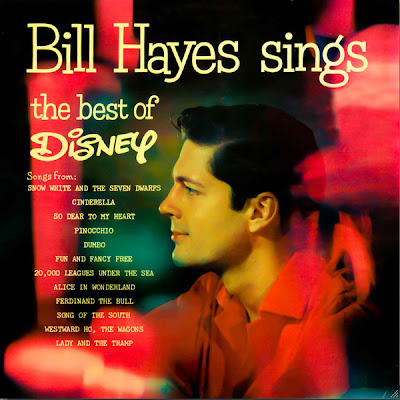 I've never seen One Life to Live, so I'm not familiar with Bill Hayes's ongoing performance on that show. He's still acting at 87, however, and that equals awesomeness of epic proportions! This 1950's album is a great listen, but for the the purpose of this column, I'm highlighting a song that's been mostly forgotten: "Lazy Countryside" from the Bongo half of Fun and Fancy Free. I'm not a fan of Bongo, but this song is excellent, and deserves to be performed more often.

This next one really puts the "strange" in Strange Things... 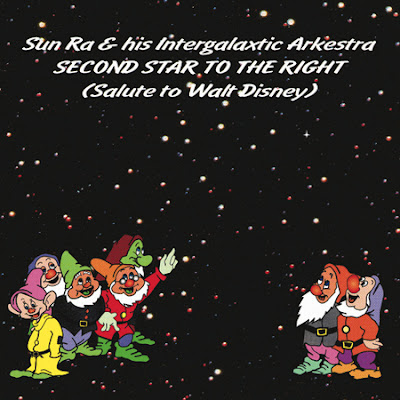 TRACK: Forest of No Return
ALBUM: Sun Ra & His Intergalaxtic Arkestra - Second Star to the Right

"Forest of No Return" is one of my very favorite Disney tunes, and this is the only cover version I've found, so naturally I love this thing. Sun Ra was a unique performer, and this live, half-chanted, half-yelled rendition of the scary trees' song from Babes in Toyland is fun and hilariously raucous. Basically, they repeat the first verse and chorus over and over and over...

Can't you read? Can't you see?
This is private property!
Aren't the signs plain and clear?
NO ONE IS ALLOWED IN HERE!!!!!!

That one line is yelled louder and louder with each pass, and it sounds like the band (and the audience) had a blast with this one.

Grumpy, on the other hand, doesn't look very well on the album cover...

I hope you've enjoyed this week's edition of Strange Things. It's been a long time since the last one, but we'll have another installment soon!

If you're new to the series, please check out our previous installments -- there's a lot of great offbeat Disney music out there!