The Lived-In Look of Cars Land 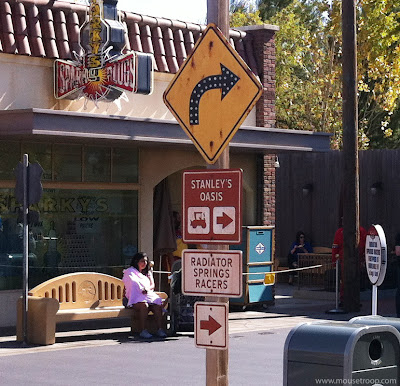 Cars Land possesses the uncanny ability to make you forget you're in a theme park -- even though you're surrounded by talking automobiles in a fantasy setting from an animated film. Much of that effect lies in the small touches -- the gritty little details that make fantasy seem real. 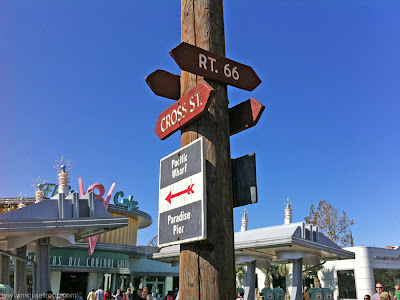 The town looks clean and well-kept, but its signage and utility poles bear the marks of decades of weather exposure. One gets the impression that the citizens keep Radiator Springs as clean and shiny as they can...but they're also comfortable with their rumpled little town's wrinkles and crow's feet. Nothing about the place looks brand new, yet it all looks friendly, inviting and lived-in. 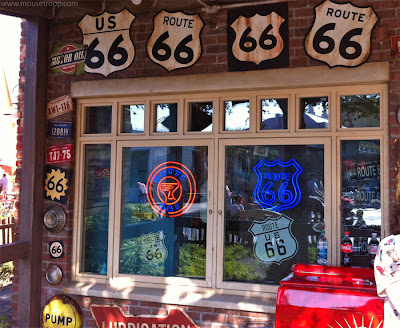 The Imagineers, of course, had the film version of Radiator Springs as a guide when designing Cars Land, but they truly worked miracles in finding a perfect balance between "Disney park clean" and "small town realistic." The result is a first in the theme park industry: an animated film setting that feels like a real, functioning community.
Posted by Rich T. at 12:59 AM