The Matterhorn's a Movie Star 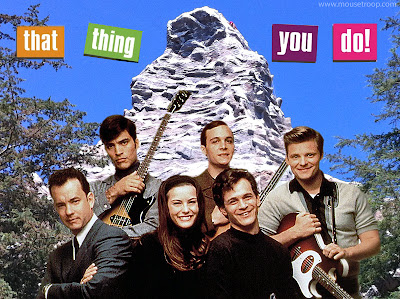 The Award for Best Performance by a Theme Park Attraction in a 90's Tom Hanks Movie goes to....Matterhorn Bobsleds in That Thing You Do!

Written and directed by Hanks, the joyous, light-on-its-feet 1996 musical comedy follows the stunningly brief career of The Wonders, a fictional small town pop group who form, rise to stardom, and dissolve all in the course of a single amazing summer in 1964. The film stars Hanks (as the manager), Tom Everett Scott, Liv Tyler, and the world's first tubular steel roller coaster.

Okay, the Matterhorn only gets one scene--But it's a great one! It involves the band's unnamed (even in the credits!) Bass Player who enlisted in the Marines right before the group's record became a hit and who wants to see Disneyland more than anything. Toward the end of the film, he fails to show up for a live television broadcast in Los Angeles. Hanks and the rest of the band are frantic. "Where IS he ???"

The camera CUTS TO the answer: 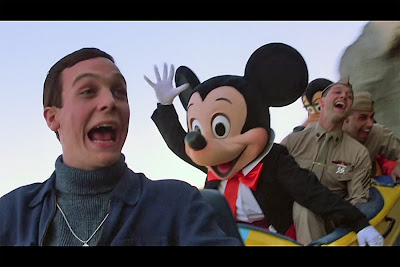 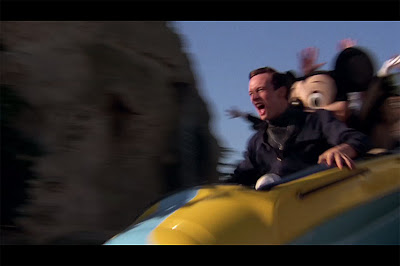 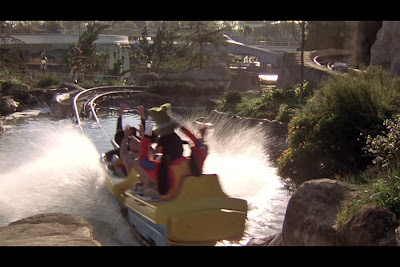 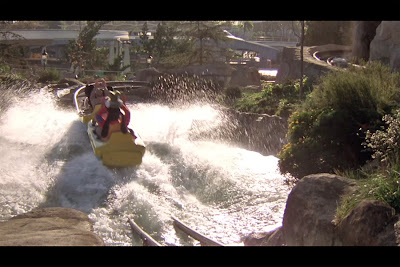 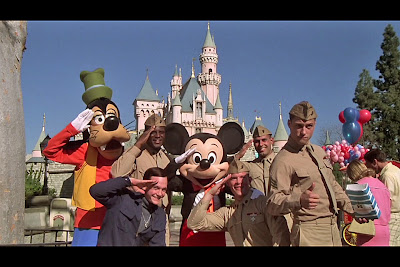 Now, of course, Disney geeks know the Matterhorn had a different style of bobsled (and single sleds, not tandem) running on the ride in the 60's. But Hanks & crew went to the trouble of repainting the on-camera bobsleds to match a recognizable color scheme from that era of the ride's history. It's a great nod toward accuracy.

If you haven't seen the film, give it a go if you're in the mood for a great, breezy, fun flick full of enjoyable songs and one of Liv Tyler's most powerful scenes ever. If you actually grew up in the 60's, it'll make your jaw drop open at some of the period touches it gets just right: I do remember buying phonograph needles at the local mom n' pop appliance store!

Keep an eye out for the next Tom Hanks/60's Disneyland movie pairing as Hanks plays Walt Disney in the upcoming Saving Mr. Banks!
Posted by Rich T. at 12:01 AM