A few weeks ago, we took a trip through the amazing entry queue of Disneyland's Indiana Jones Adventure: Temple of the Forbidden Eye. Today, we're finally dropping the other shoe and hiking along the equally lengthy (but far less creepy) exit passage. 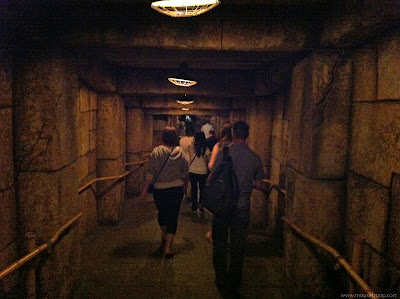 We're still giddy from the thrill of the ride, but it's about here that everyone suddenly realizes that, yes, it is a long way back to Adventureland. Love the off-kilter lamps provided by the archeological team--a subtle sign that we're safe and returning to a more familiar form of civilization. 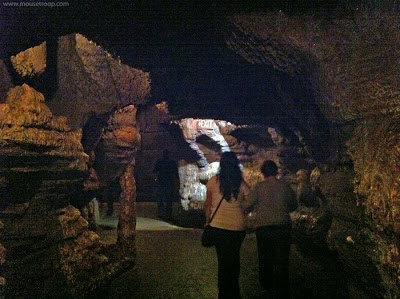 The journey's not without a few creepy touches. Listen for the sound of bats squealing and flapping about inside these caverns. 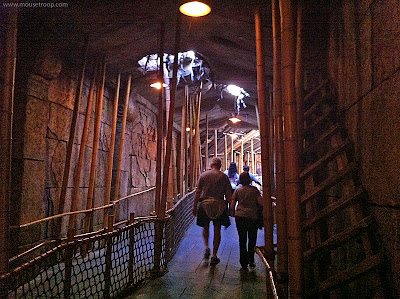 While the path into the temple makes guests feel appropriately trapped and doomed, the exit trek provides a genuine sense of release and reassurance. 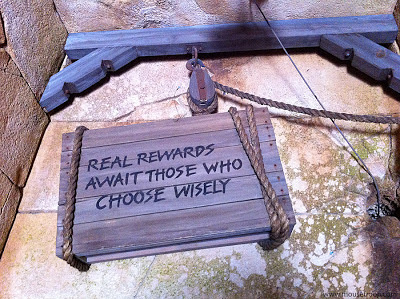 This little send-off seems inspirational, until you realize it's a scolding...seeing as how we all looked into Mara's eyes and nearly got killed n' stuff... 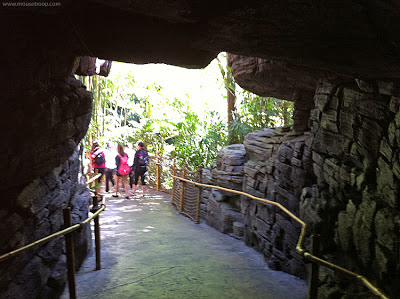 After all the shadows and stonework, it feels great to see the greens of Adventureland again! 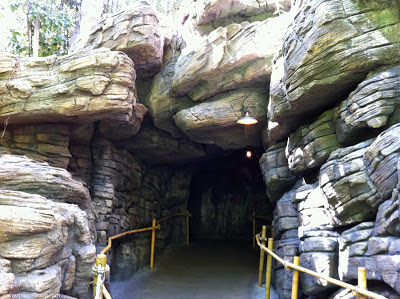 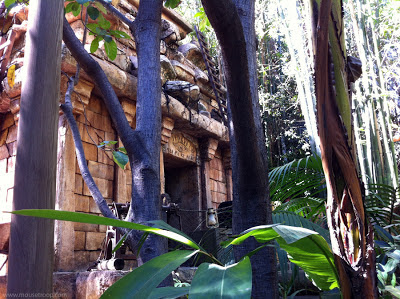 A side glance at the Temple's entry. What a great setting; Adventureland's plant life is truly one of Disneyland's most  under-appreciated marvels.

As I mentioned in the entry queue post, the trek to (and from) the ride adds a fantastic element of physical reality to the Indiana Jones Adventure. It's another great example of Imagineers turning one of Disneyland's limited, oddly-shaped free spaces into an advantage.
Posted by Rich T. at 1:20 AM