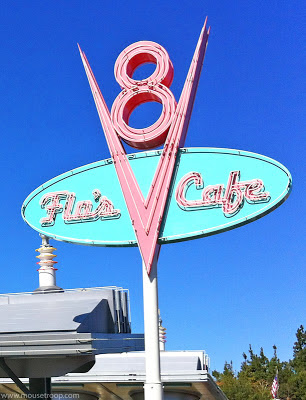 I just returned from a fantastic two day trip to Disneyland Resort. I already aired my only complaint yesterday (the Oz promo bumping out MuppetVision). Everything else was E tickets and smiles.

One thing really hit home during this trip for my whole group: Cars Land remains incredible and lovable even after the novelty wears off. It remains the most jaw-dropping, mind-blowing creation we've ever seen in a theme park. The land holds up to repeat visits and -- less than a year after its debute -- it feels like it's always been there. It's almost impossible now to imagine DCA without it.

It's also impossible to imagine a morning in DCA without two or three trips on Radiator Springs Racers (the Single Rider Line is your friend!) and then breakfast at Flo's.

We've looked at the Mater Waffles before, but this time I went for the good old American Breakfast. 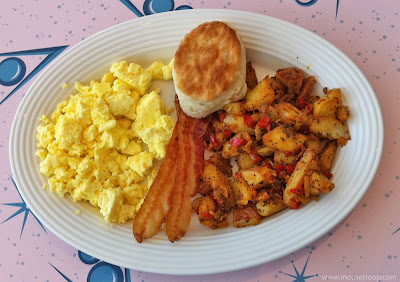 It's basic, simple and delicious. The potatoes turned out to be the star of the plate -- spicy with a rich salsa flavor.

The food, however, is only half the reason that Flo's is our favorite place in the whole resort. The other half is the location, for breakfast is twice as much fun when... 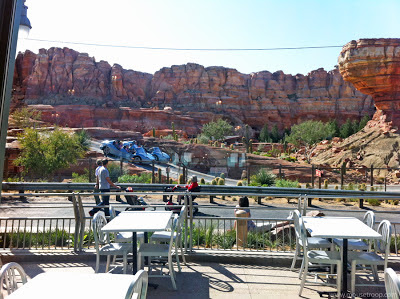 ...this is the view out the window.