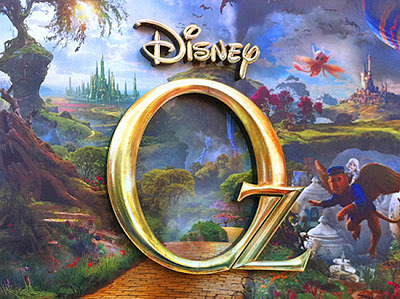 I saw Oz the Great and Powerful yesterday, and enjoyed it a lot, particularly the first and final acts. I wish its structure wasn't so incredibly similar to Tim Burton's Alice in Wonderland, which was incredibly similar to Narnia (The prophesy's come true--free us from tyranny! But I don't wanna! But you must! Oh, okay...), but for a prequel tale that sets up the Wizard of Oz, the film works very well.

James Franco does a fine job as Oscar "Oz" Diggs. It's a tough role, since Oscar's a shallow, opportunistic jerk until the last act, but Franco manages to make his eventual change of heart believable. I love all the ties and nods to the 1939 film, starting with Oscar breaking up with Dorothy's future mom! Finley the Flying Monkey and the China Girl are two of the most likable CGI film characters I've ever seen, and the brilliant opening credits are worth the price of admission.

Overall, Oz The Great and Powerful is a spectacular and tremendously entertaining film. Seems I'm not the only one at Mouse Troop who saw it this week.... 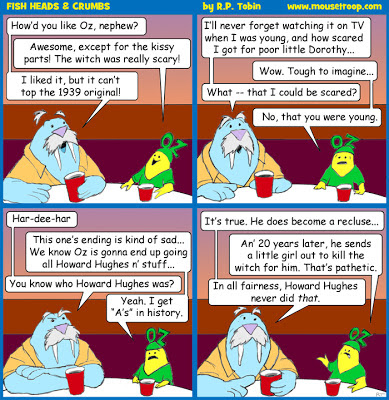