The Pinocchio That Never Was (with Fish Heads & Crumbs) 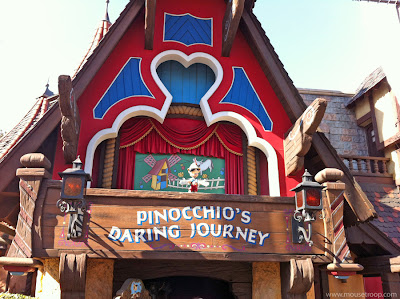 The entry for Pinocchio's Daring Journey, featuring the cheerful title character, misleads some first-time riders into thinking it's a happy trip through a puppet show. If you've seen the film, you know how that scenario plays out, and the ride is every bit as dark and full of villainy.

During the film's production, Walt Disney and co. made a wise decision when they scrapped their original concepts for the character -- which stuck fairly close to the book version -- in favor of a more likable, naive personality an audience could actually care about. Carlo Collodi's book is an amazing work of fantasy, but his Pinocchio is one of the most obnoxious, self-centered and irritating characters in children's literature.

Thank goodness you don't have to worry about running into that version of Pinocchio on the Disneyland dark ride. Er.... 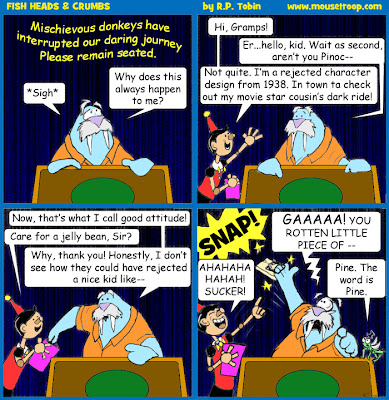