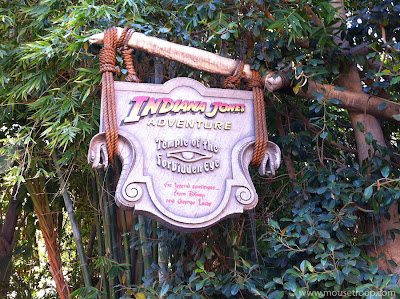 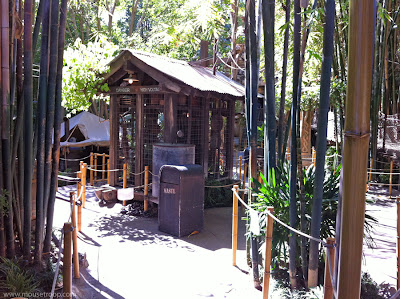 The ride is a huge, sprawling, multi-level Adventureland attraction -- which Disneyland's Adventureland has absolutely no space for. The clever solution involved building the ride's entrance and exit (set in a ramshackle base camp) on a modest strip of Adventureland real estate, while locating the ride itself far, far away on the other side of the park's railroad tracks. 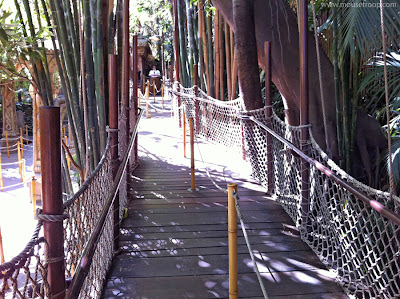 The journey to the ride thus becomes an adventure in itself and an important part of the story. Darn good exercise, too. 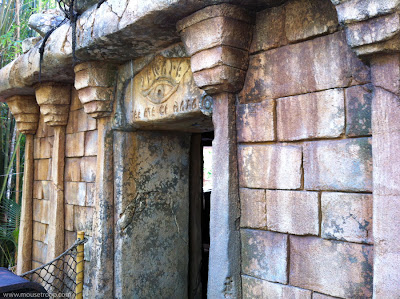 The base camp setting and "recently discovered" temple entry immediately cast us as the main characters in this story. It's our decision to enter this temple. 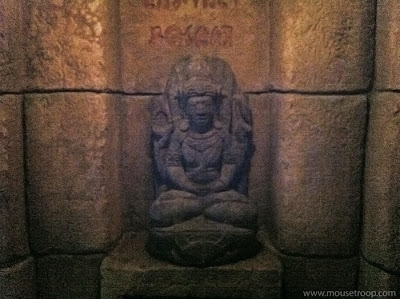 We're the trespassers into sacred territory. The sparsely-placed lights of the archeological team flicker and sputter as the unreliable base generator struggles to provide illumination. 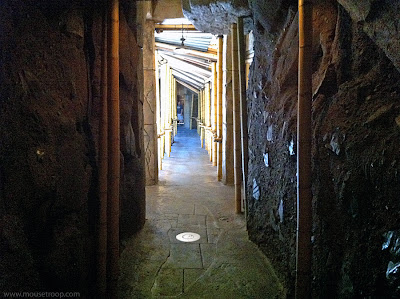 A welcome bit of sunlight and fresh air pours through a gap in the crumbling temple, but the journey's about to get very dark up ahead. The fact that we actually have to hike quite a distance into the temple to reach our goal adds a bit of physical reality to the set-up. 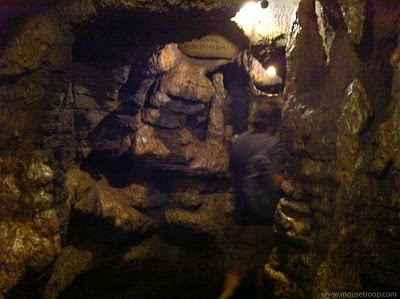 Into the caves, which are genuinely unsettling. Suddenly straight walls, traditional angles and familiar surfaces are a thing of the past. And beware of bats. 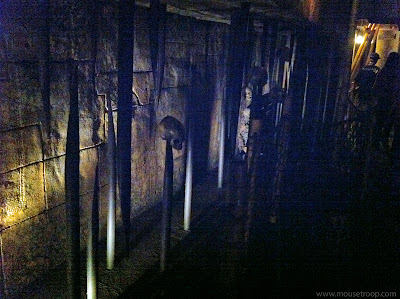 We stumble into the Spike Room. 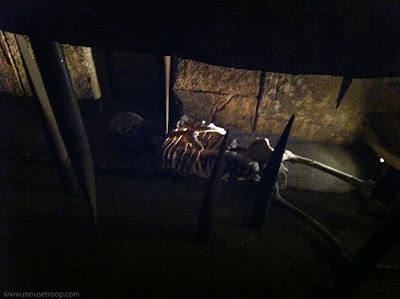 And at this point a lot of children decide they're not ready for this ride after all. 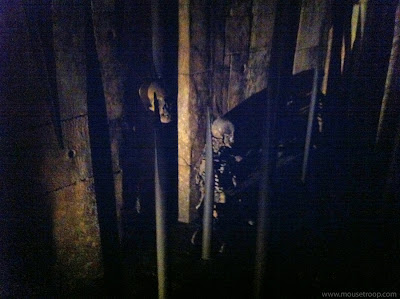 Quite a few adults, too. In reality, the ride itself is more thrilling (and funny) than scary. 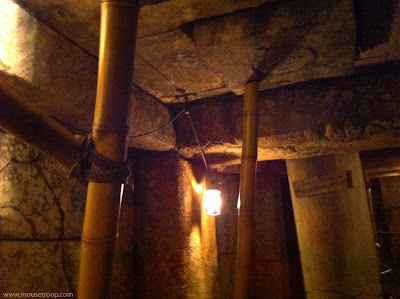 The dig team has done their best to keep the booby traps at bay for us. A sign warns us not to step on the patterned stones...which are, of course, everywhere. 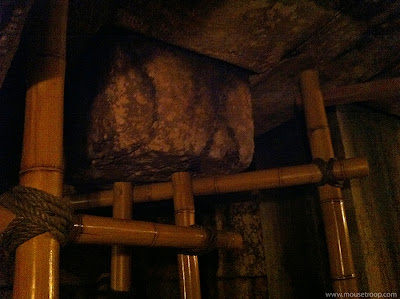 Bamboo is this crew's answer to duct tape. 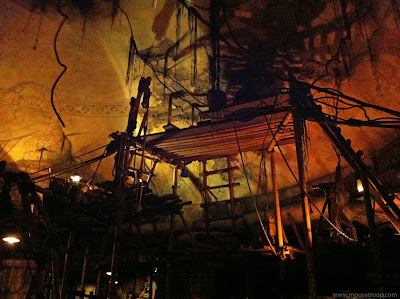 At last we reach the main site; a cavernous rotunda full of secrets, warnings and mystery. But to heck with all that; we want riches, eternal youth and psychic powers, which the enterprising Sallah has promised us. 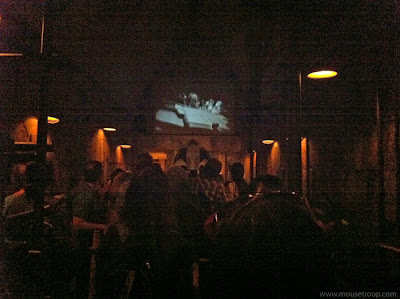 And speaking of Sallah, we catch up with other explorers to watch the mandatory safety film, featuring Indy's jolly friend. 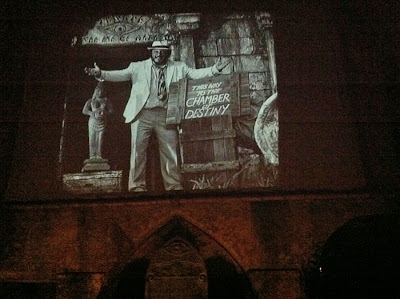 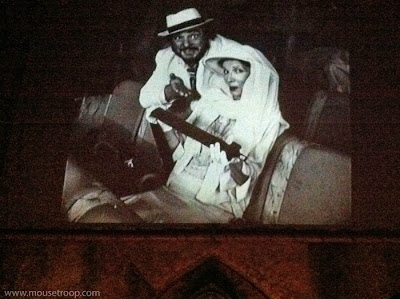 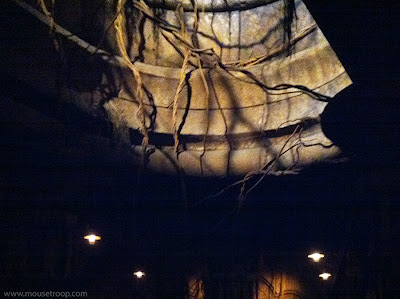 Before we know it, we're under the cracked ceiling of the expedition loading area. 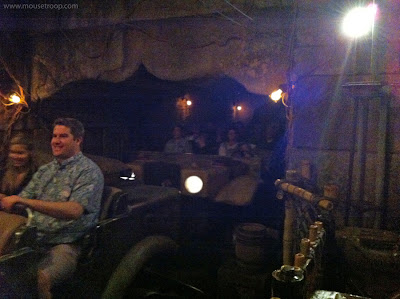 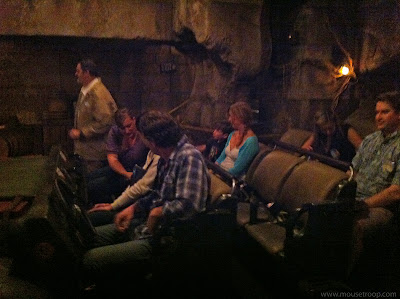 We've reached our transport! Fame and fortune surely await. Either that, or undead mummies, huge snakes, poison darts and a giant rolling boulder...but Sallah wouldn't steer us wrong, would he?

Thank you for taking this journey with us from Adventureland to regions beyond. Exiting the ride, of course, involves an equally lengthy path--but with a different atmosphere. More on that another day!