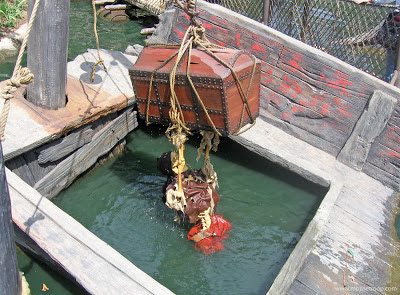 In Mark Twain's classic book, Tom Sawyer loved nothing quite so much as a ghastly, bloody, violent pirate tale. He would have adored Disneyland's Pirate's Lair on Tom Sawyer Island. Look at the photos above and below, which show a couple of the island activities: turn a capstan or man a pump and skeletons are revealed -- now, that's interactive fun a kid can love. 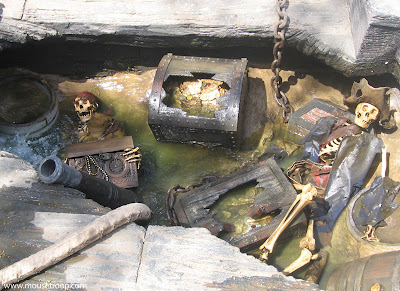 I have great memories of good times romping around the original version of Disneyland's Tom Sawyer Island as a child. As I got older, I enjoyed getting a lemonade at Fort Wilderness and settling onto a rocky outcropping behind the fort to just relax and watch the Mark Twain pass by. It was a great place... 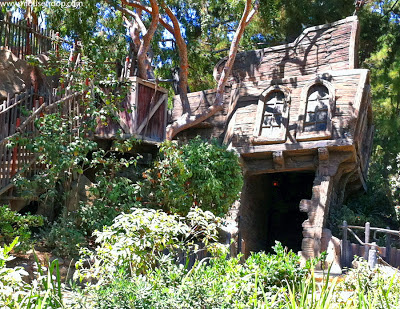 And it still is. When this much care and attention to detail goes into a makeover, how could I complain? Plus, the spooky new show scenes inside Dead Man's Grotto are worth the trip to the island. I have to admit, if my younger self had a choice between old Tom Sawyer Island and the Pirate's Lair version...I would've picked the pirates in a Davy Jones heartbeat.
Posted by Rich T. at 12:01 AM