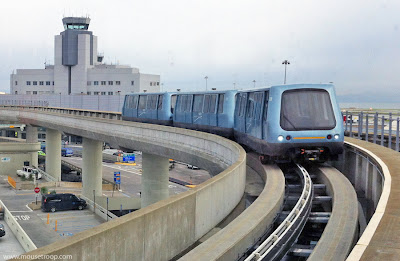 Theme park fans do things most people don't -- like staying an extra hour at an airport just to ride its people mover a few more times. 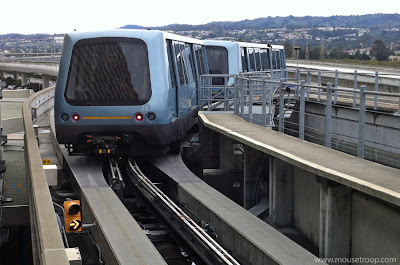 San Francisco International Airport (SFO) has benefited from several brilliant design decisions, but its Airtrain -- a real-world PeopleMover -- is the feature Disney fans are sure to love the most. I was so enchanted with my first ride this week that, yes, I found it hard to tear myself away. The weather was dreary, but a few circuits on the scenic, comfortable cousin to a Tomorrowland classic lifted my spirits in nothing flat. 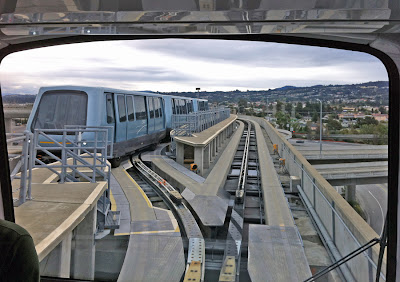 One of 7 similar people movers built by Bombadier, the SFO Airtrain system is fully automated and runs twenty-four hours a day along two circuits. 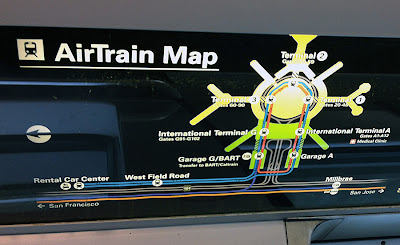 The Red Line makes continuous loops of the airport terminals while the Blue Line circles the terminals, then heads out across parkways and freeway onramps (by far the best part) to a massive rental car center. 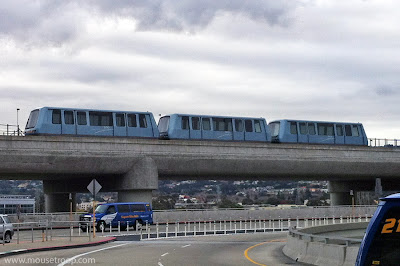 The quiet little three-car robo-trains provide a quick, smooth ride and run a couple of minutes apart on each circuit during peak hours. 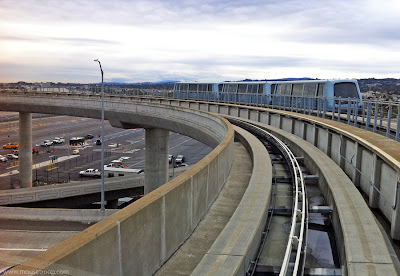 Although it's been running for nine years, everything about the system is so clean and well-maintained, it looks as if it opened yesterday. 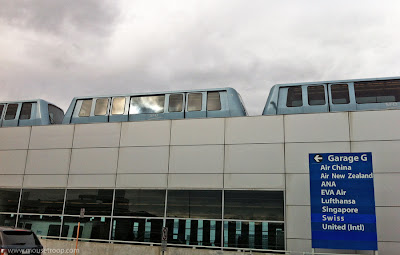 I'm sure I'm not the only Disney fan who's fallen in love with SFO's little wonder train -- an echo of Tomorrowland sailing effortlessly above congested streets. It's the best free ride in the Bay Area!
Posted by Rich T. at 12:21 AM