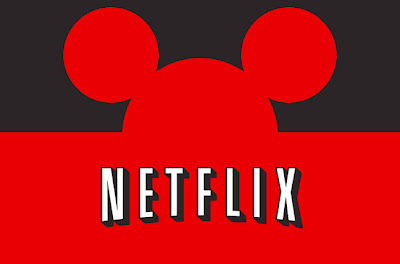 Disney's new agreement with Netflix marks a bright spot in both companies' attempts to get Disney classics streaming into homes. As the first big studio to choose Netflix over cable television, Disney's breaking new ground.


The new arrangment gives Netflix the non-exclusive right to stream some of Disney's older movies, beginning immediately. In 2013, they will also be able to stream the direct-to-video releases.

In 2016, Netflix will have a three year exclusive on streaming new Disney films seven to nine months after they've been released to theaters. This includes Disney-owned Marvel and Lucasfilm properties.

Since Disney has recently announced the end of their own Disney Movies Online service, there is great potential here for Netflix to benefit from Disney's huge back-catalog of classic films.

As a Netflix subscriber, I couldn't be happier; this is the best news the service has given me since they acquired those seven Disney Park travel shows a couple of years ago (the complete Phineas and Ferb has been great, too). I hope the service resists the opportunity to raise prices (much) in light of the new content; their eight-bucks a month fee has been one of the best entertainment deals on the planet.

It would be nice if the deal also required Netflix to dump all those awful imitation-Disney ripoff clones (the cheap Aladdin and Little Mermaid look-alike videos you see in bargain DVD bins) Netflix has junked up their catalog with lately...

Let's keep our fingers crossed that the Disney content really begins to flow, now. If implemented well, this deal could make Netflix the best thing on television.
Posted by Rich T. at 12:10 PM