Mr. Toad's Wild Ride Before & After 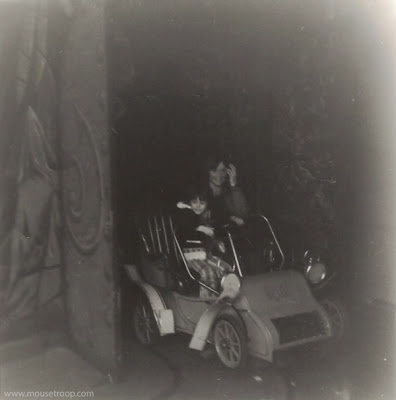 One night at Disneyland back in the late 1960's, my parents let me borrow their camera to use up the last shot on whatever I wanted. My nine-year-old-mind knew exactly what to do: take a photo of random people bursting out of hell at the end of Mr. Toad's Wild Ride!

I have no idea who those folks are in the picture, but I love their attitude. And look -- that plucky kid didn't take his hands off the steering wheel -- not even while being taunted by cackling demons with pitchforks!

Jumping ahead to this past summer... 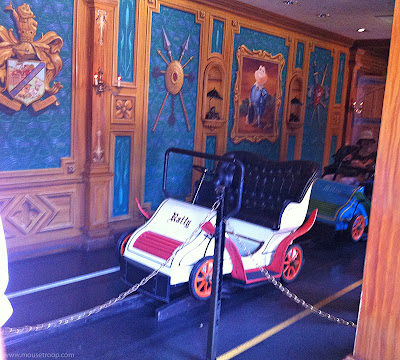 ...we can see that I took better photos when I was nine. We can also see that the newer unload zone -- now inside Toad's mansion -- isn't nearly as gothic-looking. It's more difficult to photograph the final "crash" doors now without being a nuisance, but way back on the right you can see how those once hellish-looking doors are now painted to look like they lead from a wine cellar or pantry.

Inside, however, the ride is just as loud, chaotic and crazy as ever. Long live Mr. Toad's Wild Ride -- May its dynamite kegs never stop exploding.