What if....Disney Infinity Extended Into the Parks? Yesterday, Disney announced its big plunge into the collectible-toys-come-to-life-in-a-video-game genre (which the smash hit Skylanders had all to itself up until now). Starting this June, Disney Infinity hits store shelves, offering an expandable video game world which players enter via collectible Disney character figures.

This next bit is pure speculation: What if the Infinity Experience extended out into the parks as part of the upcoming Next Gen additions?


What if Disney encouraged you to bring your Infinity figures and tokens to the parks and use them at interactive spots in the lands and attraction queues. Suppose the characters came to life and spoke to you via a screen (similar of Sorcerers of the Magic Kingdom) and unlocked special portions of the game to discover when you return home?

And, of course, what if Disney Infinity's character cast included special figurines which could only be purchased at the parks?

It certainly seems a reasonable picture, considering what's been going on... 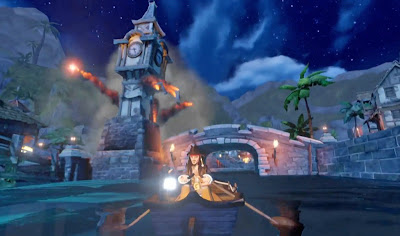 1) Disney is finally getting serious about making its mark on the video game industry. Kingdom Hearts and Epic Mickey appealed to game fans, but they weren't huge crossover breakthroughs on the scale of Activision's Skylanders.

4) Kim Possible and Sorcerers of the Magic Kingdom proved guests enjoy making a game of walking through the parks.

5) Disney has spent a ton of money on their Next Gen project, aimed at making a park visit feel more personal and customized.

6) Attraction queues are getting interactive makeovers.

7) There's quite a bit of park imagery in that promo video. 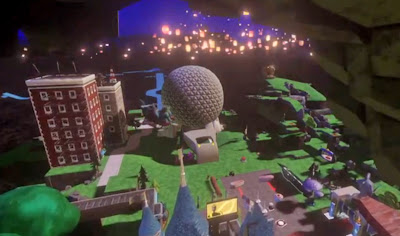 All right, into this environment comes Disney's answer to Skylanders. When Disney Infinity rolls out this June, it will initially feature a starter game set and additional figures available for purchase, with more characters and options rolling out over the course of the year. It could be a normal videogame release, but...what if it's a part of Next Gen?

In reality, I don't know if Disney has any plans for Infinity beyond normal retail level, but it certainly seems that if they really wanted to tie the home and park experiences together via a game, this would be a perfect opportunity. The time is right, the technology is here, Disney fans love to collect things, and there's a vast, nearly unlimited cast of characters waiting for potential use in Infinity's universe. 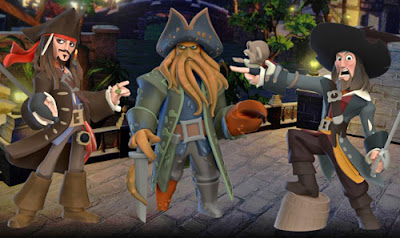 Only one thing is certain at this point: Disney fans are about to get some terrifically designed toys out of this.