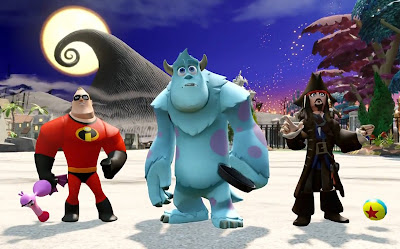 Disney just announced an upcoming product likely to drain Disney fan bank accounts around the globe. Get ready for Disney Infinity, a cross-platform game world that combines the figurines-beaming-down-into-a-video-game concept of the mega-hit Skylanders with the collectible Disney hook of Vinylmation. 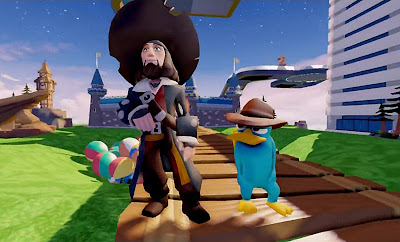 In a nutshell, get ready for collectible figures that can be "boosted" with tokens that attach to their base plates before being placed on an electronic plaform which allows them to appear as your playable character in a Disney Videogame universe. 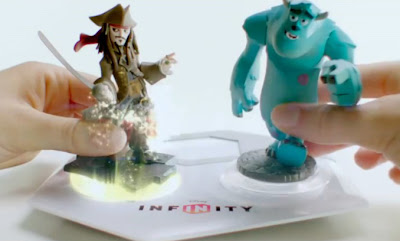 I'm definitely a fan of the style they've chosen to combine all these Disney, Pixar and Live-Action characters into one cohesive world. The toys looks appealing. That's a good start. 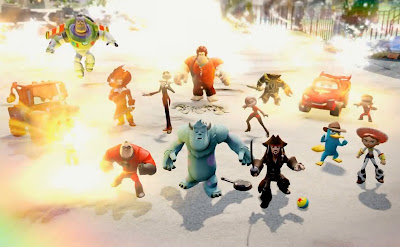 The real test will come in the gameplay. Skylanders succeeded because the game itself was incredibly enjoyable. If Disney pulls off that level of entertainment value with Disney Infinity, they'll have a smash hit on their hands which could reach far beyond the game fans they've already reached with Kingdom Hearts and Epic Mickey. 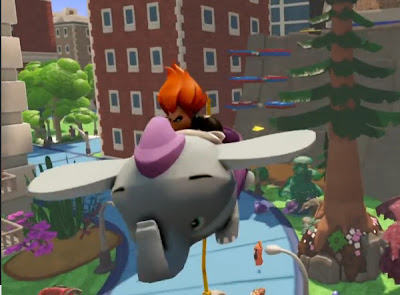 Well, these promo video images certainly have me interested. Between the sight of Mr. Incredible armed with an Alice Flamingo and Agent P standing alonside Captain Barbossa, I can't wait to see more. 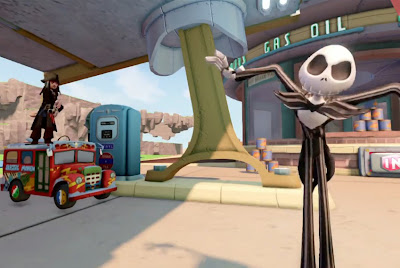 Co-created by Avalanche Software, the game launches this June.
Posted by Rich T. at 2:27 PM