Waitin' at the Buzz Stop: More Fun With Ride Shutdowns 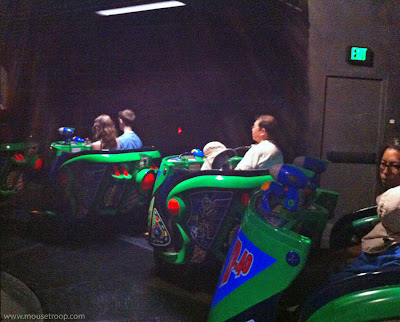 Ride shut-downs caused by technical issues don't happen frequently at Disneyland Resort, but when such a thing occurs (as it did during our recent ride on Buzz Lightyear's Astro Blasters), fans don't waste the opportunity; this is when the cameras come out.

The downside of a ride shut-down, of course, is that the story-telling and immersion are pretty much shattered. The fun, however, doesn't necessarily stop... 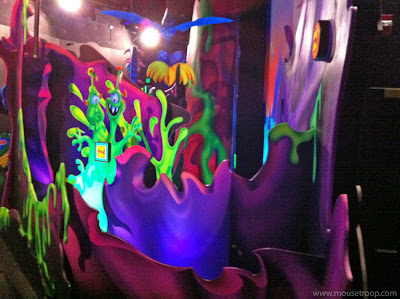 Because a situation like this provides a rare chance to look around at the ride system's workings, the prop construction and the many elements you're not normally supposed to see. For a theme park fan, this is actually a moment to be savored! 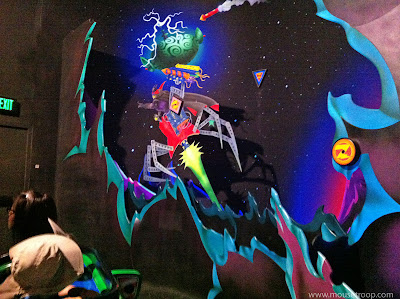 As always, the ride's Cast Members were quickly on the scene, safely escorting everyone along the remainder of the ride track to the exit. The ride was up and running again within an hour, while those of us who'd been on the attraction during full-stop "lights on" time took home memories of our up-close, behind-the-scenes tour of Lightyear's Galaxy.