At Mouse Troop, we love offbeat Disney Music, oddball park details, and--perhaps most of all--under-appreciated Disney characters! In part one of a threatened series, we're paying tribute to the best supporting players from two Disney classics. First up: 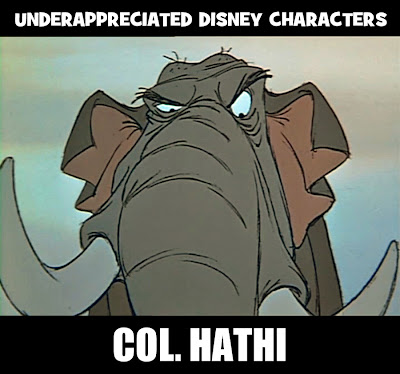 Voiced by the amazing J. Pat O'Malley (who also applied his perfect Stuffy-Elder-British-Officer impersonation to Alice in Wonderland and 101 Dalmations), Col. Hathi turns a minor plot moment in The Jungle Book into one of the funniest sequences in Disney filmdom. There's a nice bit of depth to this potentially one-note characterization: Beneath his gruff, loud exterior, Hathi cares very much about his young son. We also get the impression that, deep down inside, Hathi is well aware that he'd be helpless without the common sense input from his wife, Winifred.

APPEARANCES OUTSIDE THE FILM: 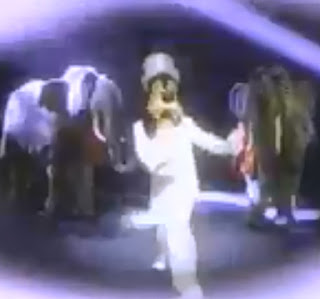 Col. Hathi once roamed the parks with Mowgli, long ago. He used to appear in occasional parades, and was last seen doing a soft-shoe (with his twin) in a Goofy dream sequence in Disney's Twelve Days of Christmas. Somewhat out of character, but that's show biz. 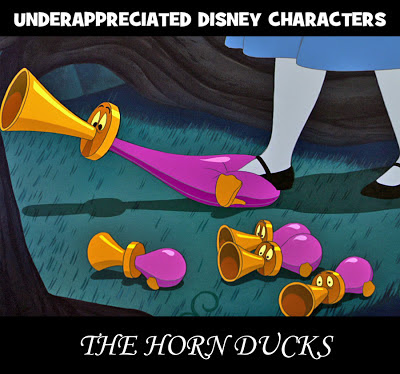 The Horn Ducks of Alice in Wonderland look so perfectly natural that it's truly a shame they don't exist in the real world. One of the most endearing species of Tulgey Wood, they express themselves quite well--and raucously--without speaking a word.

APPEARANCES OUTSIDE THE FILM 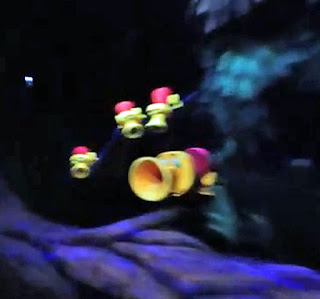 The Horn Ducks can be briefly glimpsed on Disneyland's Alice in Wonderland dark ride (don't blink!) and at Alice's Curious Labyrinth in Disneyland Paris.
Posted by Rich T. at 12:30 AM