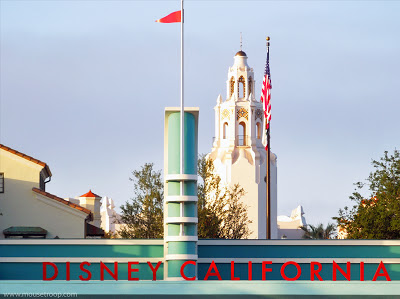 During the amazing June 2012 relaunch of Disney California Adventure, most media coverage focused on Cars Land (we wished it a Happy First Birthday this past Saturday). The other new land, Buena Vista Street, took a stalwart back seat while performing its vital role perfectly.

One year and two days ago, Disney California Adventure gained something it never had before: a heart. That's what Buena Vista Street brought to the park.

Looking back at the Street's terrific first year at the resort, we're listing our Top Ten favorite elements the new land has brought to the reborn park. 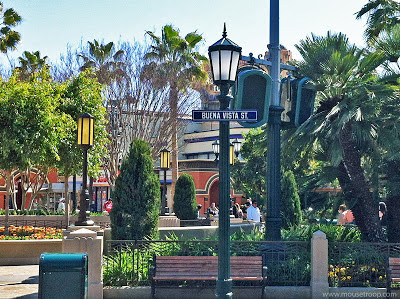 When DCA opened in 2001, its entry area, Sunshine Plaza, greeted arriving guests with a hodgepodge of pop culture imagery, a miniature Golden Gate Bridge, and an odd-looking sun fountain. To many, it came across as sterile and cynical. Buena Vista Street took its cue from Disneyland's Main Street and transformed DCA's entry land into a welcoming trip back to an idealized Old Los Angeles. The relaxing, welcoming atmosphere, sparked with a theme of enterprise and enthusiasm, provides a perfect "home base" for a day at the revitalized DCA. 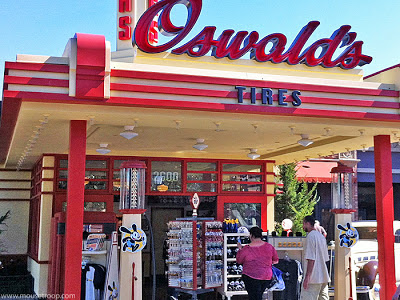 As you enter the park, you see Oswald before you see Mickey. That's a terrific bit of subtle history right there. Everyone knows the line, "It all started with a mouse." The mouse started because Walt lost the rights to his rabbit. Now the rabbit has come home, and his shop begins your journey into DCA, where, a short distance away, you will next encounter Walt and Mickey. I love this. And speaking of Walt and Mickey.... 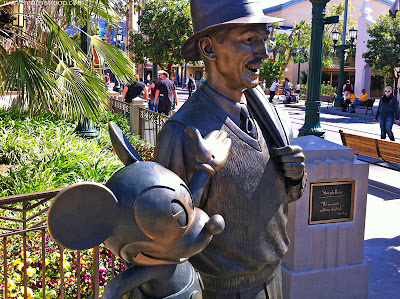 The statue of young Walt and Friend greets guests at eye level. I've written a bit about this before, and I can't think of much else to say, except that it looks as if the two are ready to discover the park with us. The story begins... 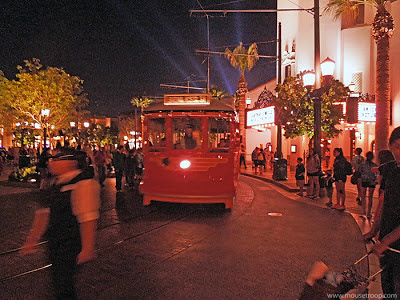 Buena Vista Street's one-and-only ride is a charmer. The Trolleys, much like their horse-drawn ancestors in Disneyland, provide transportation while adding priceless character, energy and believability to their setting. When you finish your relaxing trip and disembark to find a terrifying haunted hotel waiting for you, you'll feel like the main character in a screwball 1930's comedy. 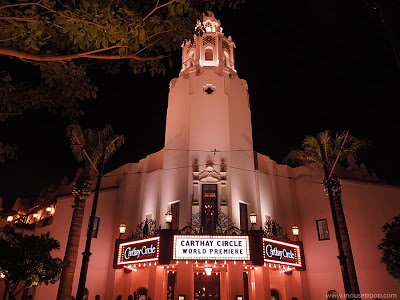 A terrific place for a fine meal, this impressive structure serves as the park's navigational "Lighthouse." DCA has an unusual layout that confuses many first timers. This centerpiece gives guests a great visual reference point for beginning and wrapping up their day at the park. 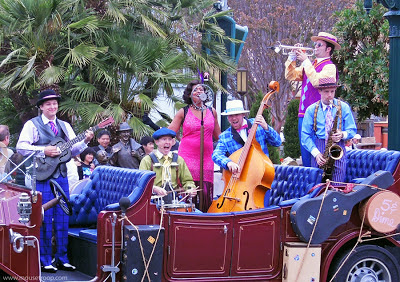 This lively group, performing several times a day, has quickly become one of our favorite live park shows ever. Grab some popcorn, relax and enjoy. Watch out, though: you might be "enlisted" to participate in a song or two!

7) A STREET FULL OF CHARACTER 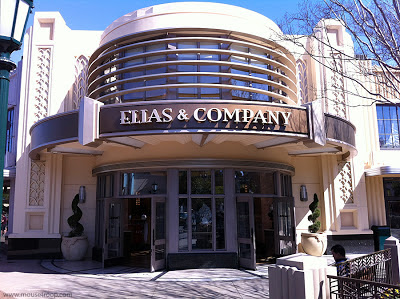 From the department store named after Walt's father to Clarabelle's Ice Cream Parlor, this street is loaded with references to the history of Walt Disney and the studios' early years. Fans love pouring over the details, while the average guest can simply enjoy the eye-pleasing architecture.

8) STREETMOSPHERE AND THE RED CAR NEWSBOYS 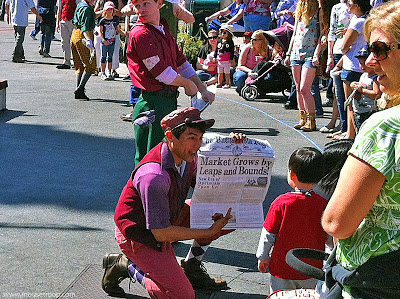 From a jovial policeman and a spunky cycling messenger woman to the energetic performances of the Red Car Newsboys, the street hosts a colorful crew of optimists, all played with heart and humor by a talented cast. It's hard not to get caught up in the spirit--I mean, look at the above photo. Stock market news can be entertaining in the right hands! Even that toddler's spellbound by the headlines!

9) THE CLASSY ARRIVAL OF STARBUCKS 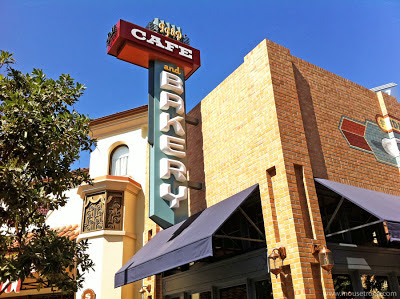 The Fiddler, Fifer and Practical Cafe (aka Starbucks) proved that, with thoughtful design and art direction, the mega-gargantuan coffee company can fit into a Disney park without disrupting the theme at all. This is perfectly done. 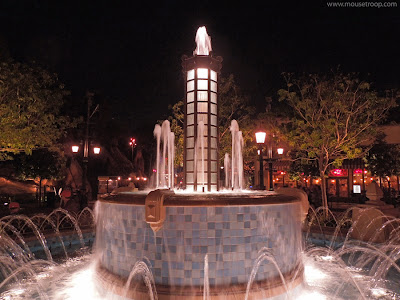 At the far end of Buena Vista Street, this brilliant and lively fountain marks the crossroads where guests venture out toward Cars Land, Paradise Pier or Condor Flats. It's refreshing by day and spectacular at night. And, unlike the 2001 fountain it replaced, it doesn't resemble a giant hubcap.

Happy First Birthday, Buena Vista Street! I wish I had a nickel for every guest who's walked through DCA's gate over the past year, taken one look at new entry land and blurted, "This is SO MUCH BETTER!"