Treating Disneyland and DCA as One Big Park 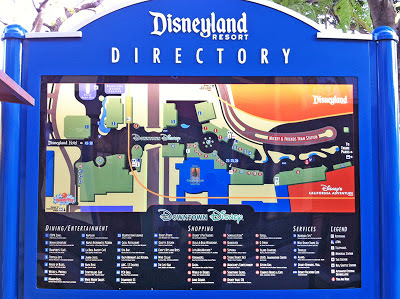 Since last June, when DCA re-launched as a spectacular and satisfying park (at long last), many guests, particularly frequent-visitor locals and Annual Passholders, began approaching the resort with a new outlook.

Many folks now treat Disneyland and DCA as one enormous mega-theme park. With the two halves facing each other, separated only by a one-minute walk across the central Esplanade, it's an easy mindset to embrace! In this way of looking at the parks, the security bag check becomes the actual main entrance. The turnstyles at DL and DCA seem like mere formalities.

With a mere twenty minute walk separating Radiator Springs Racers from Pirates of the Caribbean, the idea of spending an entire day on just one side of the resort seems less and less appealing, and park-hopping--often several times a day--is becoming an increasingly casual, taken-for-granted part of the experience. 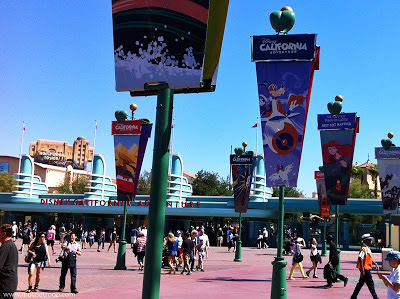 I'm not saying DL and DCA feel as if they're cut from the same cloth. Each has a unique style and atmosphere, and they complement each other brilliantly. With the opening of DCA's Buena Vista Street, however, the two halves of the resort gained a fun bit of symmetry, further enhanced by the fact that each park's street boasts its own statue of Walt and Mickey.

Both parks are certainly full-day experiences (and Disneyland Park requires at least a day and a half to see everything), and my group spends each entire morning at whichever park is featuring Extra Magic Hour that day. After that, however, we love the relaxed, stress-free touring method of walking freely about the resort (including Downtown Disney) and "winging it;" heading for whichever ride, restaurant or show strikes our fancy, whether it's at DL or DCA.

It seems Walt Disney World is moving toward a turnstyle-free park entry system to work smoothly with the ticket-replacing wristbands. That system might or might not be adopted at Disneyland Resort (the fact that DL is smack in the middle of a large city might make such a system in Anaheim too problematic). If DL and DCA ever do eliminate the need for turnstyles, however, the resort will become the easiest park-hopping experience on the planet, and guests will be more likely than ever to consider each park as two halves of one single, spectacular experience.
Posted by Rich T. at 9:33 PM