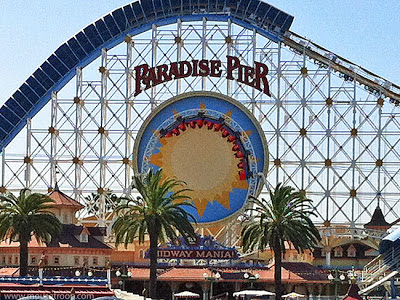 DCA's California Screamin' is one of the park's most efficient crowd-movers. With the ability to run five trains on the track at once, the massive coaster's wait times remain reasonable even on the busiest days. If you're touring the park solo, however (or don't mind temporarily splitting your group), the Single Rider Entry can cut your wait to just a few minutes! 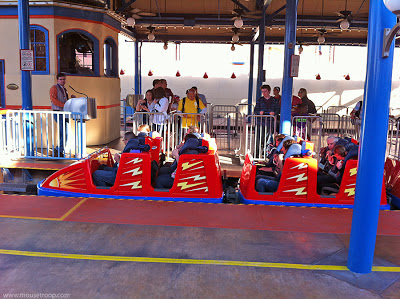 The Single Rider Entrance is to the left of the Standby Line. A cast member will direct you through to this area, which is actually the ride's unloading side. A moment later, you'll be directed to the right, where you'll take an elevator up to the queue's over-the-tracks bridge. 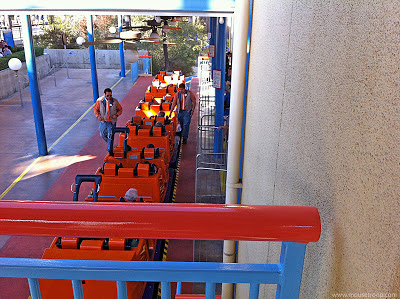 Once there, you'll walk a few paces to another elevator, which takes you down between the station's two loading zones (Screamin' has a dual-load station much like Big Thunder Mountain Railroad). 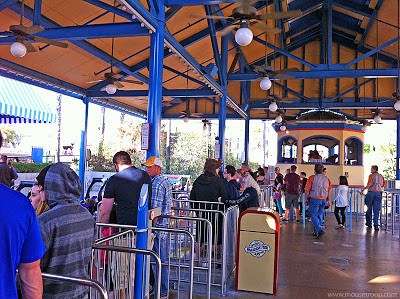 At this point, you'll have completely bypassed the queue and find yourself waiting for an assignment to the next available single seat--usually aboard the very next train.

Several rides at the resort (California Screamin', Radiator Springs Racers, Soarin', Grizzly River Run, Goofy's Sky School, Indiana Jones, Splash Mountain and the Matterhorn Bobsleds) offer the Single Rider option. Making use of these alternate entries is our number one tip for touring the parks: it can literally save you hours of waiting time during the course of the day!
Posted by Rich T. at 12:53 AM