Pandora or Pandaria -- A Warcraft What-if For Disney's Animal Kingdom 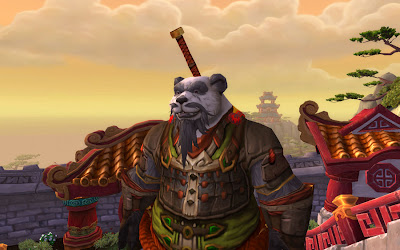 I've previously suggested Disneyland should bring their Kingdom Hearts game world into Fantasyland. Here's another perfect park-game matchup: Disney's Animal Kingdom and World of Warcraft's new online realm, Pandaria. This is not to be confused, of course, with Avatar's Pandora. 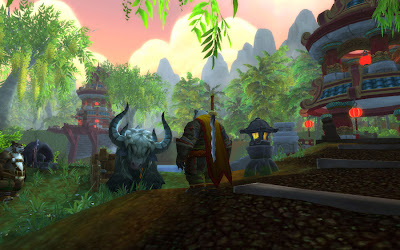 I hadn't played WoW in years, but I wanted to try stomping around the new virtual country as a Pandarian swordsman at least once. I'd forgotten how terrifically Disney-like the game's art style can be, and I spent most of my free-trial time simply walking around and taking photos (okay, screenshots) exactly as if I were in the parks. I was, basically, a game tourist. 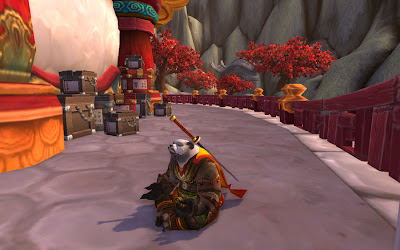 As seen above, the artists of WoW employ a favorite Imagineering detail to make a place feel lived-in: crates!

I actually believe the fantasy Pandarens would fit Animal Kingdom at least as gracefully as alien Pandorans, but the idea of an online game becoming a Disney attraction seems like a stretch. Then again, Buzz Lightyear, Toy Story Mania, Agent P, Sorcerers of the Magic Kingdom, ElecTRONica, interactive queues and Wreck-It Ralph certainly indicate that gaming culture is becoming a major part of the Disney experience.
Posted by Rich T. at 12:15 AM