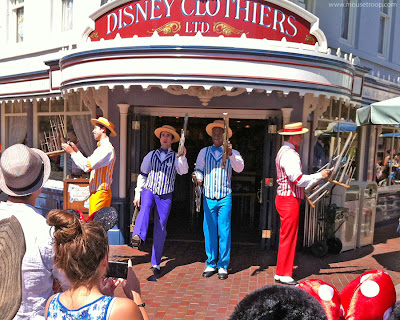 And now I wish Disneyland actually sold Deagan Organ Chimes, with a first lesson provided by the Dapper Dans. I can picture families and fan groups really getting into the idea -- imagine the musical possibilities for next year's Dapper Day!
Posted by Rich T. at 5:08 PM