Geeking Out Over the Saving Mr. Banks Trailer

I didn't expect to shift into Disney Geek Overload mode at the debut of the trailer for the upcoming film Saving Mr. Banks, but...wow. Let's run down the checklist of fun, here... 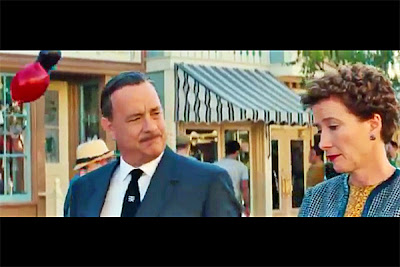 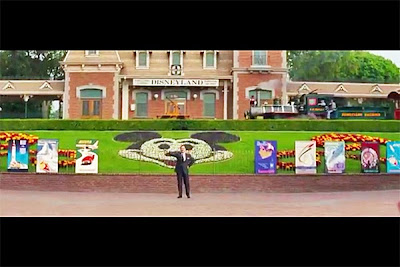 2. We've got Disneyland portraying itself as a young park. With attraction posters front and center. 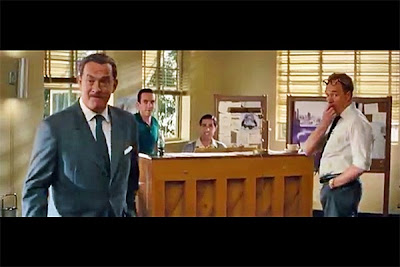 3. We've got scenes portraying the songwriting Sherman Brothers caught in a cultural crossfire with very funny results. "Responstable is not a word!" 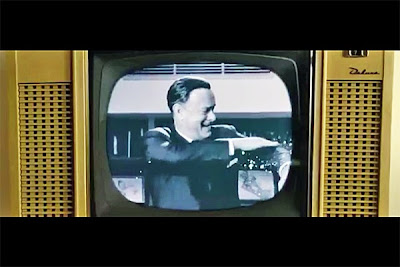 4. We've got a re-creation of one of Walt Disney's most playful appearances on television, when Tinkerbell sprinkled him with pixie dust in his office, levitating him off the floor--much to his annoyance. 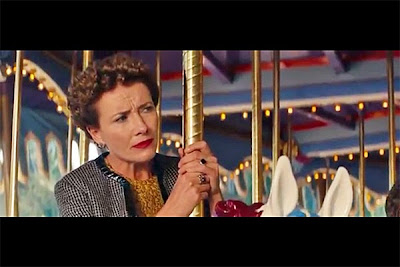 I know Walt Disney is not the main character of the story, but the trailer is solidly constructed to give everyone a great rundown of the film's central conflict, and I love behind-the-scene tales of major movie milestones. Emma Thompson, even in these brief scenes, reveals Travers as a complex individual completely at odds with America's movie industry. I can't wait to see this film unfold. 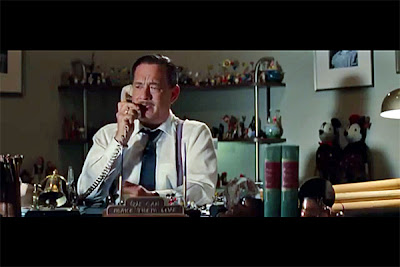 Already, some fans are complaining that Tom Hanks doesn't sound exactly like Walt Disney. As someone who grew up watching Walt every Sunday night for several years, I agree--and I'm glad. From the trailer scenes, I am totally happy with the way Hanks is bringing Walt Disney to life as a human being without simply doing a wax museum impersonation of the man. Hanks captures Walt's enthusiasm, determination, slyness and his particular way of pronouncing certain words. By the end of the trailer, I forgot it was Tom Hanks. 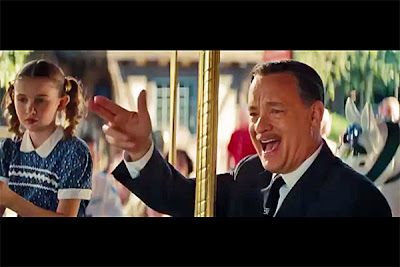 Of course, this is only a trailer (granted, a great trailer), and we won't know how well the finished film holds up until its release this holiday season. And I'm certain this trailer has been front-loaded-for-the-fans to make the movie seem  more Walt-and-Disneyland-centric than it actually is. Nevertheless, this preview provides one of those happy pop culture moments when a previously under-wraps production is revealed as a potentially fresh, lively, emotional and fun film experience.

Plus, it's a nice reminder to the general public that, yes, Walt Disney was a real person and not just a made-up corporate character. 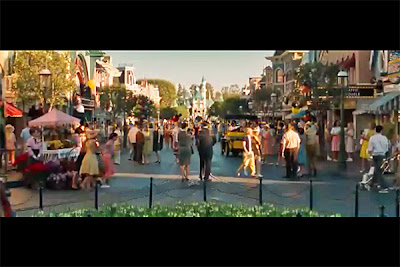