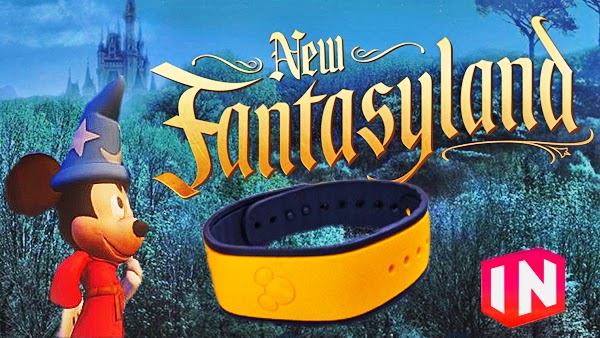 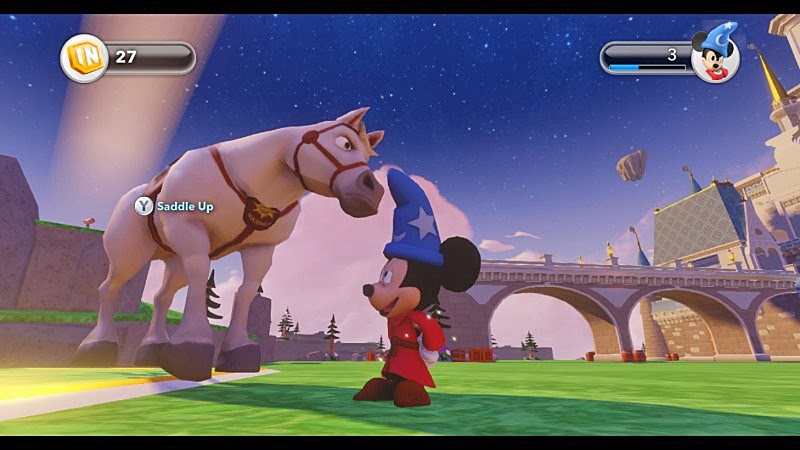 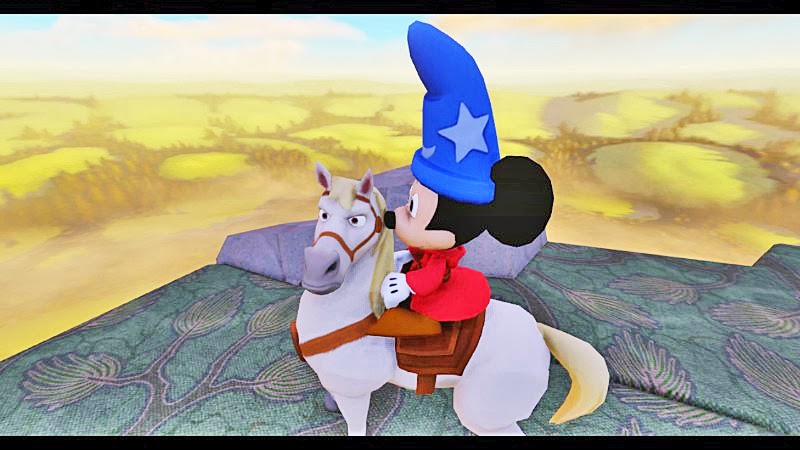 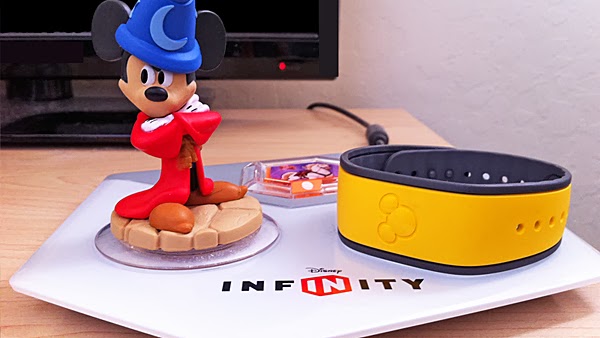 1) Start a game session and choose any Toybox world.

Now choose the Dragon Gate from your inventory and place it in the world. This triggers the arrival of three more bonuses contained in floating green prize capsules. 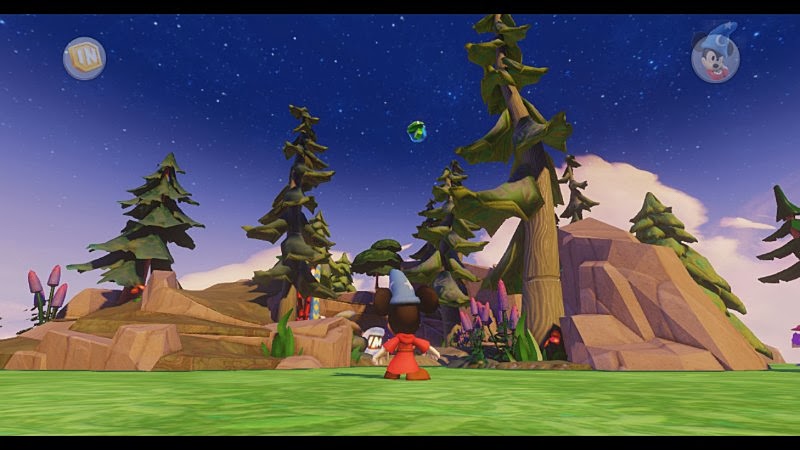 The first appears quickly; Grab a helicopter or Dumbo and fly up to open it. 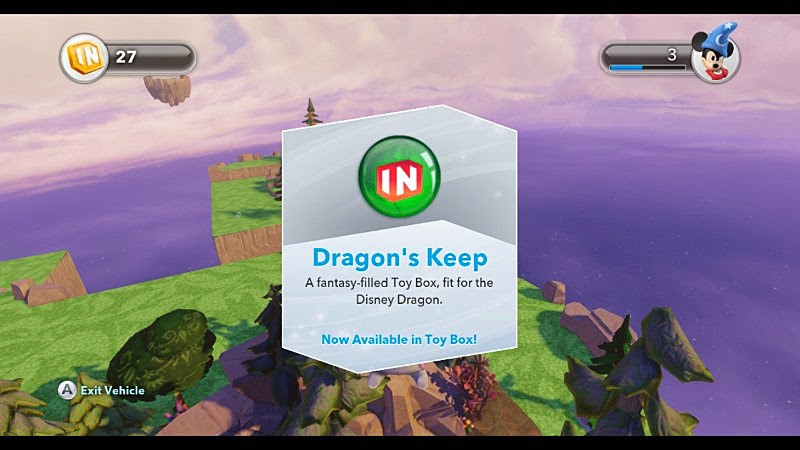 The game announces your prize. 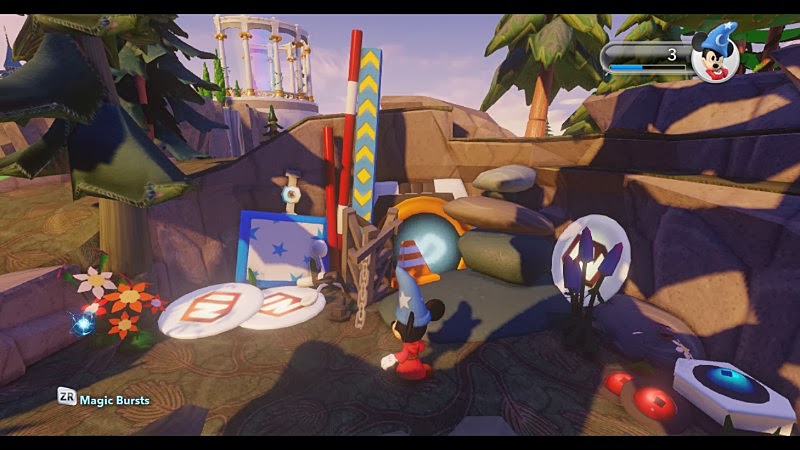 The Dragon Gate itself is a hoot: It's a "backstage" area full of discarded props .

While waiting for the next two capsules (it could take a half hour), engage in some typical Infinity hijinks, such as... 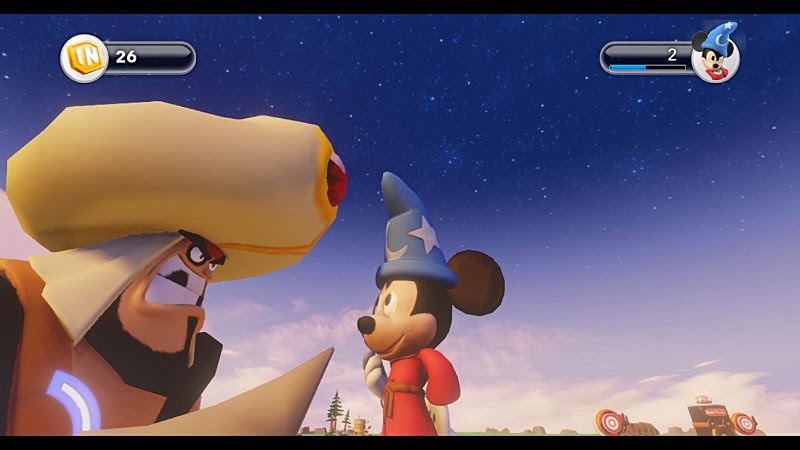 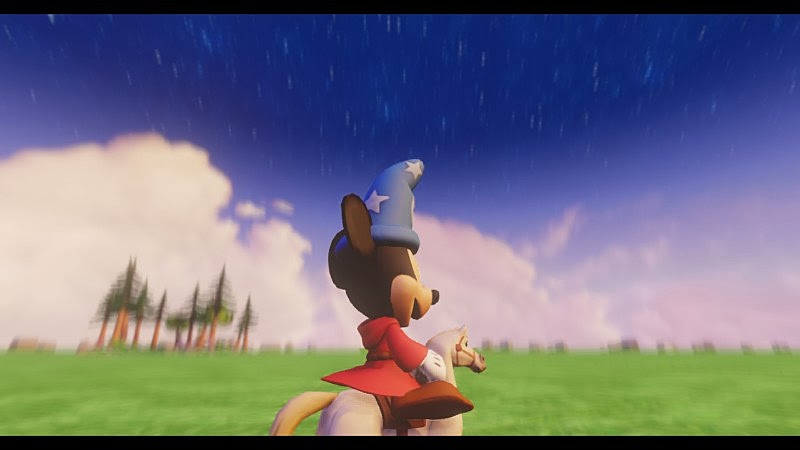 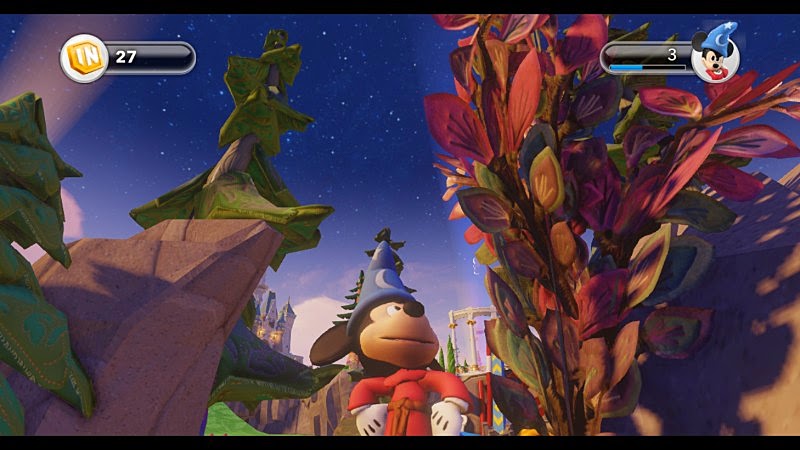 Soon you'll obtain the capsules containing The Dragon Sky and a set of new dragon world-themed textures and landscapes to apply to any of your creations.

Here's what they (and that elusive dragon) look like: 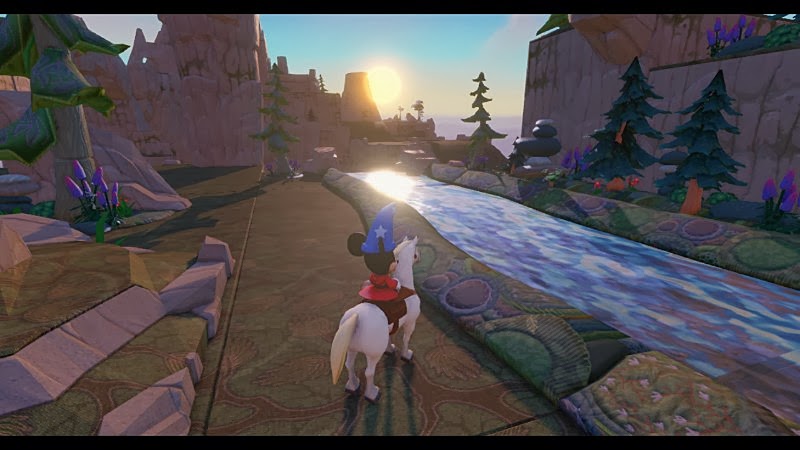 Dragon's Keep is one of the game's better pre-built toyboxes, featuring streams, craggy peaks, bridges, mine tunnels and a couple of huge, barren zones for building on. It's a superb location for creating a paintball tournament or treasure hunt game. 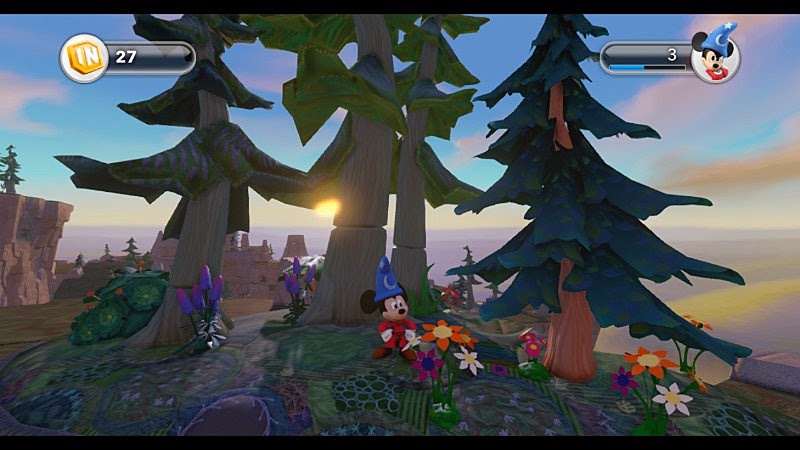 The new scenery and surface textures are terrific. Like other Infinity elements, it has a stylized, hand-crafted look to it. 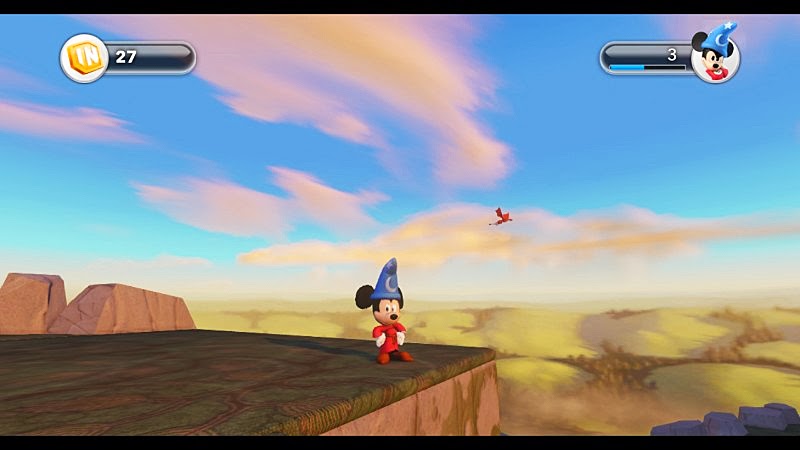 The Dragon Skydome is beautiful and includes an adventurous music score. And here, at last, you find that pesky dragon, circling your world and occasionally unleashing a barrage of fireballs, which can be heard everywhere. 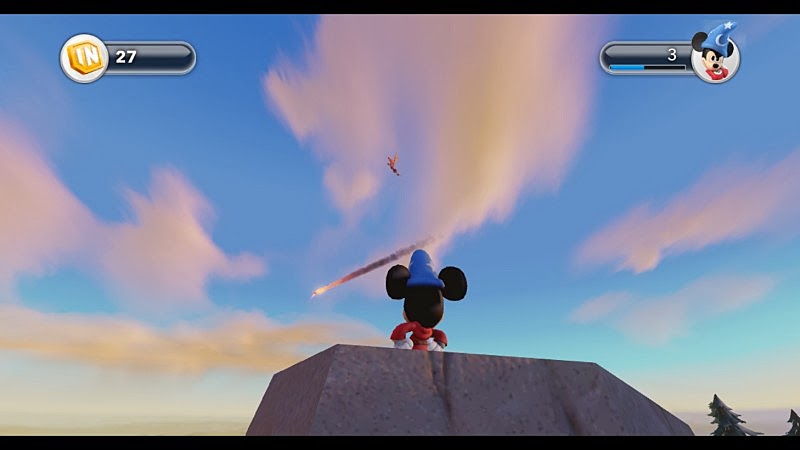 Most attacks strike the distant rolling foothills, but every now and then one will come sizzling across your path, way too close for comfort. Fun stuff! 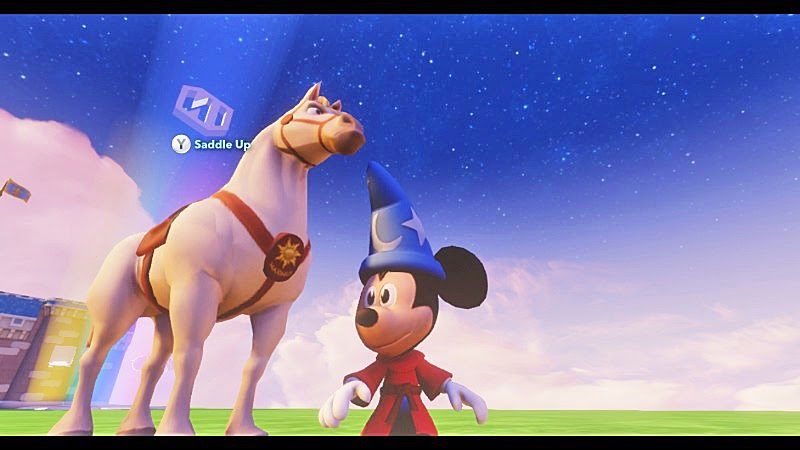 Well, it's time to give Max back to Rapunzel and call it a day, but I hope this little tour helps out future dragon hunters. If you have any questions about Disney Infinity, don't hesitate to ask. And be sure to  visit Mouse on the Mind, site of the person who made today's post possible! Thanks again, Melissa Sue!
Posted by Rich T. at 5:19 PM