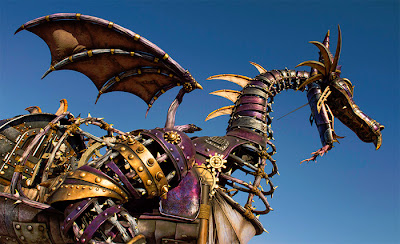 Today The Disney Parks Blog unveiled what may be the best parade float in human history. 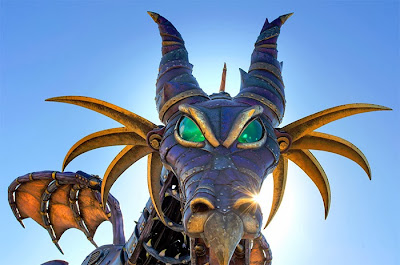 Steampunk is cool. Maleficent in dragon form is cool. Steampunk Maleficent Dragon is a whole new reason to plan a vacation to Walt Disney World. I can't stop smiling when I look at these shots. This amazing float will be part of this Spring's Festival of Fantasy parade at Walt Disney World's Magic Kingdom.

Now, if Disney's really smart, they'll make a clockwork toy out of this to sell in the parks...