Netflix Invaded by Pirates of the Caribbean 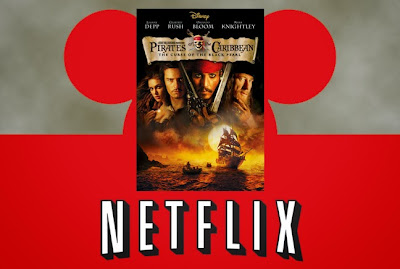 If I'm not mistaken, this actually marks a return of the film to Netflix, following a lengthy absence that began when the Netflix/Stars agreement ended. This new appearance falls under the terms of the more recent Netflix/Disney arrangement.

One way or the other, it's great to see this film available once again. Even if you feel a bit burned out by all the sequels, over-exposure and classic ride makeovers, Black Pearl remains a fresh, imaginative and (thanks to outstanding performances by all four leads) tremendously likable film.
Posted by Rich T. at 6:20 AM